If asks you to list the best 3 RDAs, the Dead Rabbit RDA may be on the list of many people. Dead Rabbit RDA, designed by Hellvape X Heathen (USA), is one of the most popular rebuildable drip atomizer since its release. Due the classic ‘Rabbit Ear’ build deck, it makes coil installation easier for both beginners and advanced DIY vapers.

Dead Rabbit RDA is the first collaboration of Hellvape and Heathen, which comes with slide in top coil deck takes the guesswork out of pre-cutting your coil leads. Based on the original one, Dead Rabbit V2 RDA upgrades some features according to the feedback from customers who use version 1.

So what’s the differences between them? Let’s have a look.

Both Dead Rabbit V1 and V2 feature 24mm diameter with large build space and fit almost vape mods perfectly. But they are different in height: V1 is 32.7mm and V2 is 32.5mm (510 thread not included). 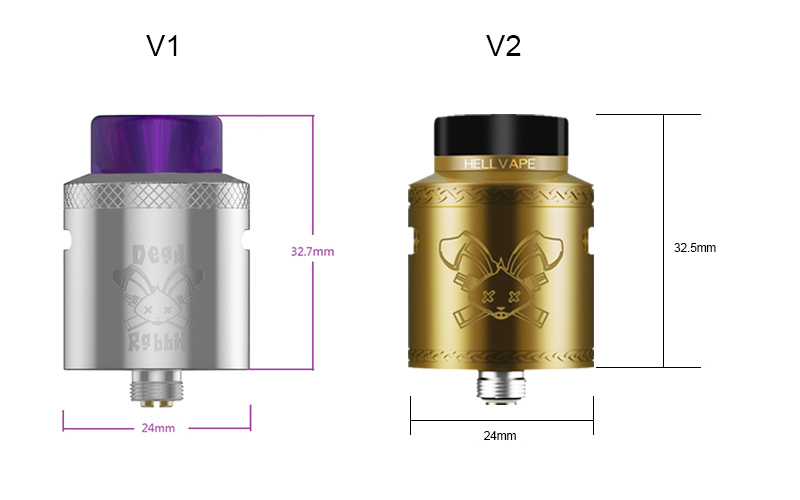 For V2, the drip tip is upgraded to Hellvape’s new Ag+ anti-bacterial drip tip. Argentum comes with highly catalytic ability due to its chemical structure. Highly oxidized silver has strong potential will generate stom oxyge which has strong oxidizing properties to kill bacteria. Ah+ is widely used in medicine. 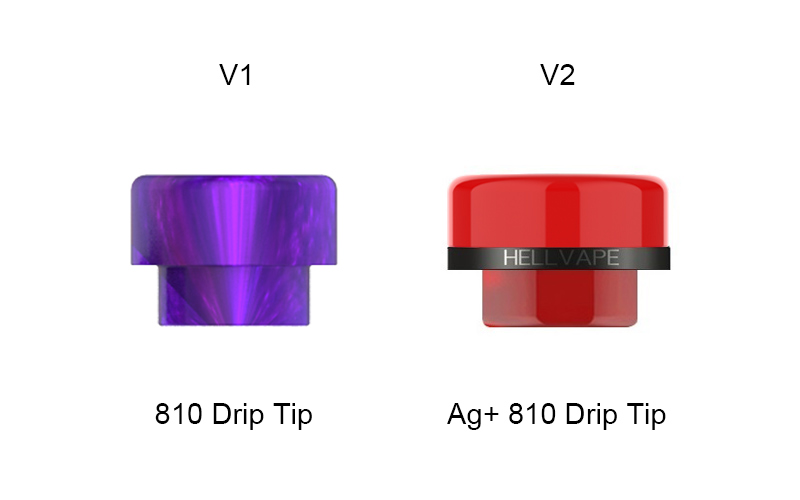 The top cop of Dead Rabbit V2 RDA, however, applies the knurled grip from Celtic Knots. That is because Heathen is from Ireland. Actually, the element of Celtic Knots also decorates on the V1 package. 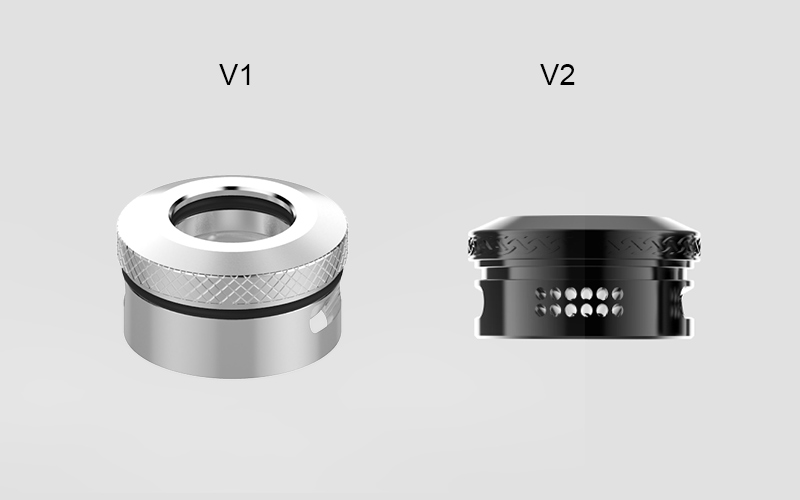 The ‘Rabbit Ear’ deck is the specific features for Dead Rabbit series. It uses a four post and slide in top coil deck makes coil building easily: just set coil in the middle and can snip off any excess wire. Besides, Dead Rabbit RDA supports both slotted and hex head post screw.

And you can see the image below, there has a barrel lock helps to direct airflow to the center of your coils.

Dead Rabbit RDA V1 features an adjustable top side diagonal airflow, which helps to delivery air to hit coil and focus on flavor. The air is forced in at an angle, rather than just being sucked in from the sides.

If you are interesting to build coil on Dead Rabbit V2 RDA, check our Official Hellvape Youtube channel. And here we will show you how to build dual coils and quad coils on it!